Buy Scopolamine Online : Scopolamine, also sometimes referred to as hycosine, is one of the most commonly prescribed medications for treating motion sickness. In the U.S., it is only commercially available in a patch. However in the UK and elsewhere, it is available over-the-counter in tablets. A compounding pharmacy can make this medication in the form of capsules for as-needed use. 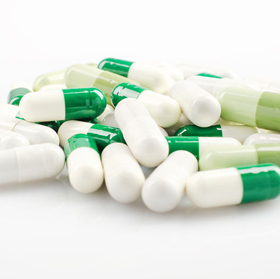 Scopolamine is an anticholinergic medication that works by blocking activity of the muscarinic acetylcholine receptor. This prevents the central nervous system communication that leads to vomiting and nausea during motion. It is frequently used to prevent motion sickness and nausea after surgery.

Scopolamine is a derivative of alkaloids produced by plants in the nightshade family that have been used for hundreds of years. The transdermal patch has been FDA approved since the 1970s and tablets are widely available over-the-counter in other countries. Recently, NASA and the US Navy have both been studying the effectiveness of a scopolamine nasal spray. 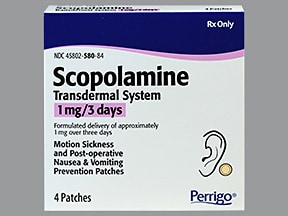 The benefits of taking capsules over using a patch is that the medication can be taken as-needed. The patch is left on for 3 days, and is most effective when placed at least 12-18 hours before traveling (the recommended minimum is 4 hours before). Capsules can be taken right before a trip and have a shorter half-life than the patch. This means the drug acts faster and also leaves the body faster, making it easy to take as-needed and avoid any persistent side effects after the trip. 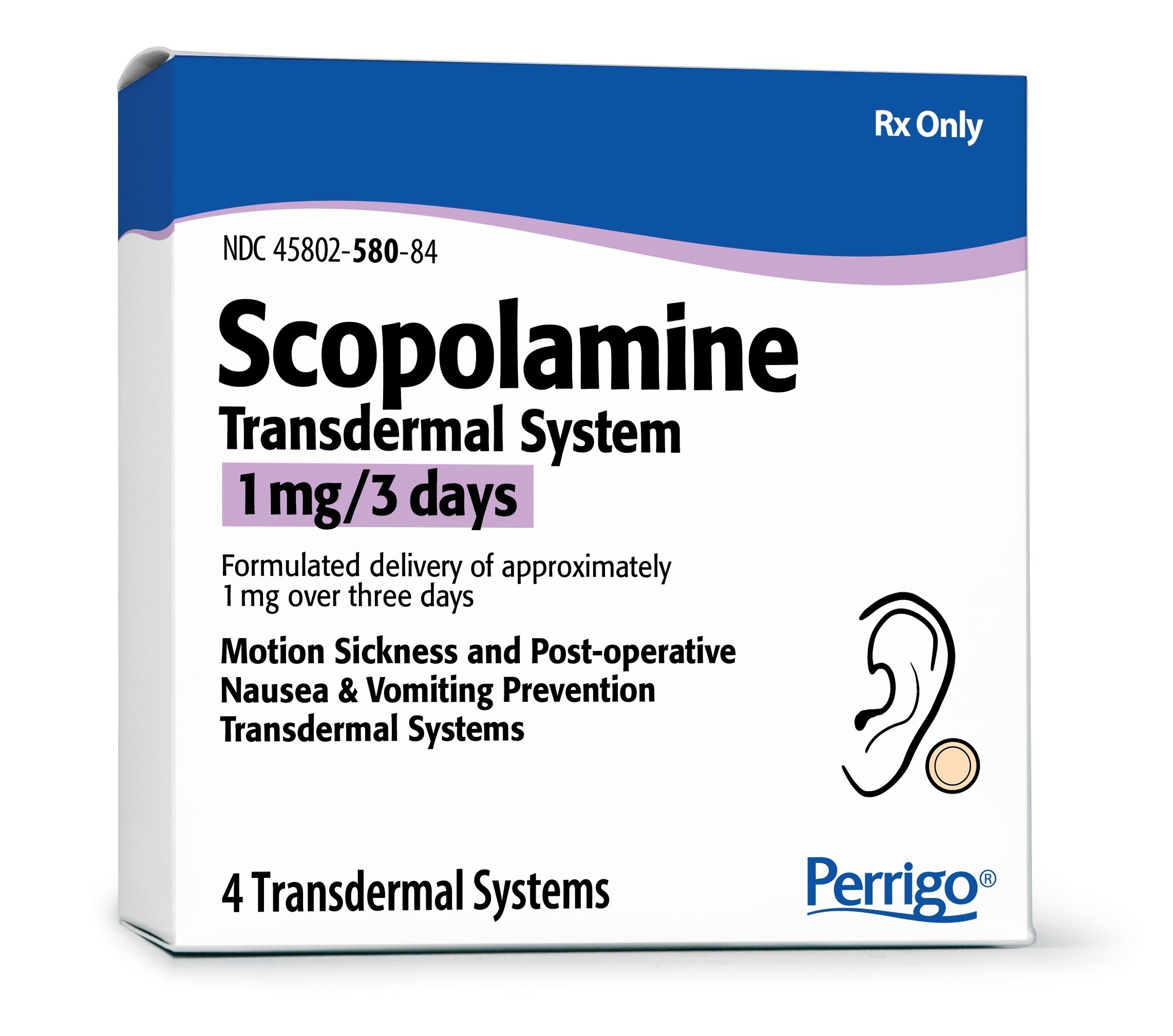 Side Effects of Scopolamine Capsules

The most common side effect when taking this medication is dry mouth. Other side effects may include drowsiness, dizziness, and blurred vision. Using with substances that have similar effects or have anticholinergic properties can make these side effects worse. This includes alcohol, opiates, antihistamines, antidepressants, and more. Always check with your doctor before taking multiple medications at the same time. Glaucoma is a contraindication for using scopolamine. The medication has not been tested in pregnant women. For pediatric patients, a lower dose should be used. 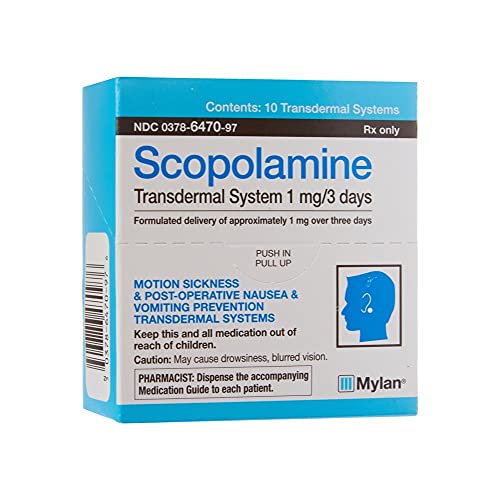 Pharmacokinetics and pharmacodynamics in clinical use of scopolamine. – Therapeutic Drug Monitoring (PubMed)